Challenger Watching: Five Tips for The Return of Ranked

It’s here: League of Legends patch 9.23 hits live today — along with the return of ranked play — and Tracker Network has done the hard work for you. We’ve poured through hours of Challenger streams to see what the best players in the world were doing on PBE and live ahead of the big day.

It’s a tough job, but somebody had to do it. Let’s get into it.

Ride the Wave, Ocean Is Here

The Ocean synergy was already strong. And what Riot has gone and done is not only tweak the impact of Ocean, but strengthen its adjacent champions. Ocean received a slight buff, from 15/30/50 to 15/35/60 Mana every four seconds. Six Ocean becomes incredibly strong, which is fair enough as you need to find Ocean Lux to complete it (Or Ocean-map Qiyana). But the four-Champion variant — most likely consisting of Vladimir, Syndra, Thresh and Nautilus — is where true strength lies. 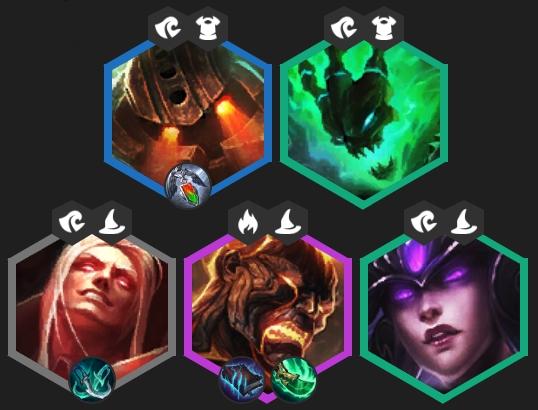 Brand’s tier 1 buff, which increases his spell damager from 250 to 300 and his spell bounces from 4 to 5, makes him the ideal option. A double-cast from Brand, and you’re coasting to the next round.

From TSM Keane, winner of the TFT Rise of the Elements Invitational last week, to DeliciousMilkGG, the No. 1 player on NA in Set 1 — Ocean has become a staple for those who love AP.

Nocturne, Your Ticket to Top Four

As what seems to be a broad, wide-ranging meta begins to shrink, there is one champion who is often uncontested and elite in the mid-game: Nocturne. The truth with this unit is, unfortunately, the win-condition is to three-star him and have perfect items. Both those things are difficult to do as three-starring a three-cost is always hard, and finding a spatula can be like finding a needle in a haystack.

A Nocturne build is a safety net. If you can’t find your Kog’Maw’s to go with your Rek’Sai, or you’ve hit assassins early on and everyone else going Ocean-Mage and Shadow-Summoners — Nocturne is your man. Patch 9.23 hasn’t hurt him at all. And with an uptick in Wardens, Nocturne’s ideal build, nearly executed here by Scarra, is a free top four every time as it burns through armor. 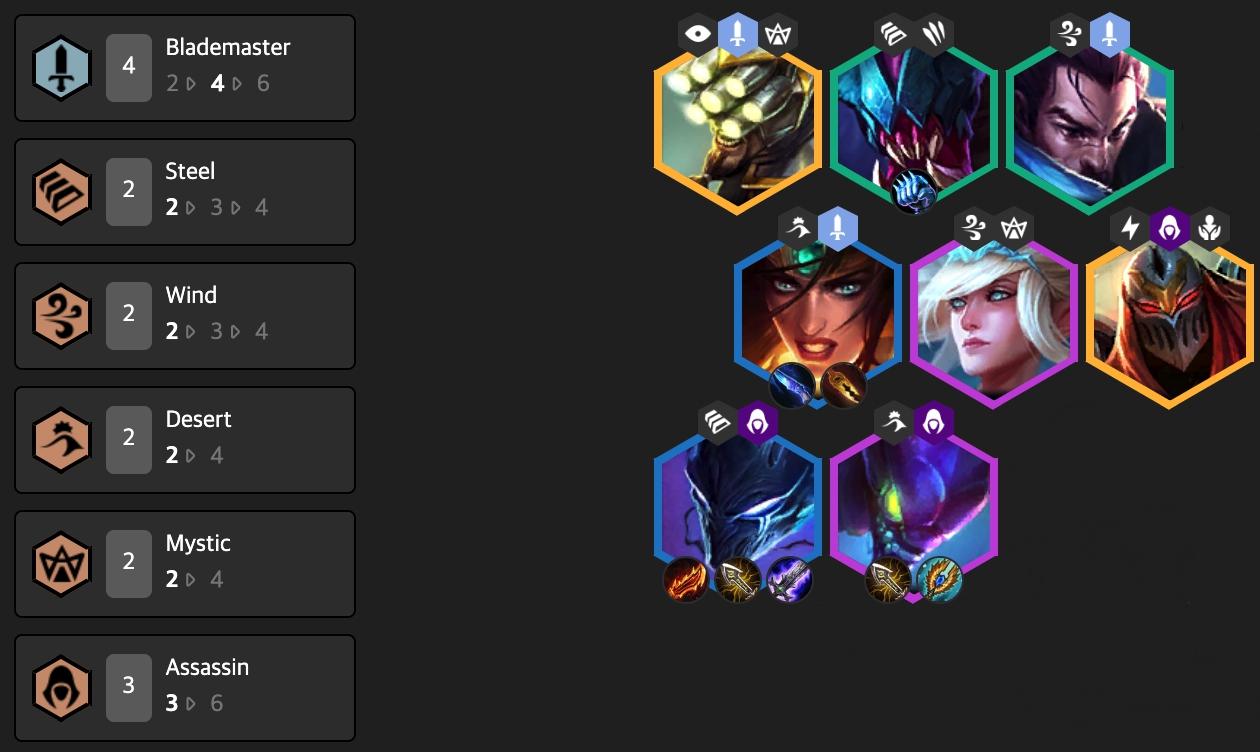 Any variation of this, unit- or item-wise, will be immense in the mid-game once you hit two-star Nocturne.

Ride the Eternal Nightmare early this set if you just want that sweet, sweet LP.

Despite nerfs to Olaf, Singed and Rek’Sai — Kog’Maw remains undefeated. Riot even fixed his casting: “Kog’Maw spell adjusted to miss far less often,” according to Riot Mort’s 9.23 slides on his stream Saturday.

The end-game has become a bit more complicated with the dulling-down of the abilities of the aforementioned Champions — but the three-Predator base remains S-tier for many of the world’s best players.

In this clip, we see a — to be completely honest — poorly constructed Predator-Poison-Olaf build trounce an in-house lobby of talented players. Kurumx, the streamer here, who was at one point during Set 1 the No. 1 and No. 2 player in NA, low-rolled his Kog’Maw when he tried to three-star him. But the items, which are the key, carried him to an unlikely win and never looked like losing any LP.

Guinsoo’s Rageblade, Luden’s Echo and Runaan’s Hurricane help proc the Predator Synergy. If a Luden’s splash hits a nearby enemy Champion with less than 25% health, they’re dead. Statikk Shiv is another great item for Pog’Maw.

Predators are contested, yes. But what we’re learning watching these top players is that the win conditions for them isn’t always three-starring Kog’Maw or Rek’Sai — it’s great-to-perfect itemization.

When in Doubt, Free the Trees

The Woodland synergy went relatively un-scathed through 9.23’s nerfs. The hyper-rolling variant of the build was, slightly, hurt. Maokai’s passive heal at tier three goes from 300 to 250, and Ivern’s tier three spell shield gets knocked from 600 to 500. But at tier one and two, these units stay strong. And so do their companions, LeBlanc and Neeko.

Many streamers, such as Keane and C9 Khroen, pivot out of Woodlands seemingly every game. The reason is simple: LeBlanc lends herself to an assassin mid-game perfectly, as she’s useable until stage four. Ivern can carry mana and attack items and use them effectively. Maokai is a perfect tank to use Warden or Yorick items, and if you high-roll him as the Woodland duplicate, you become very beefy. 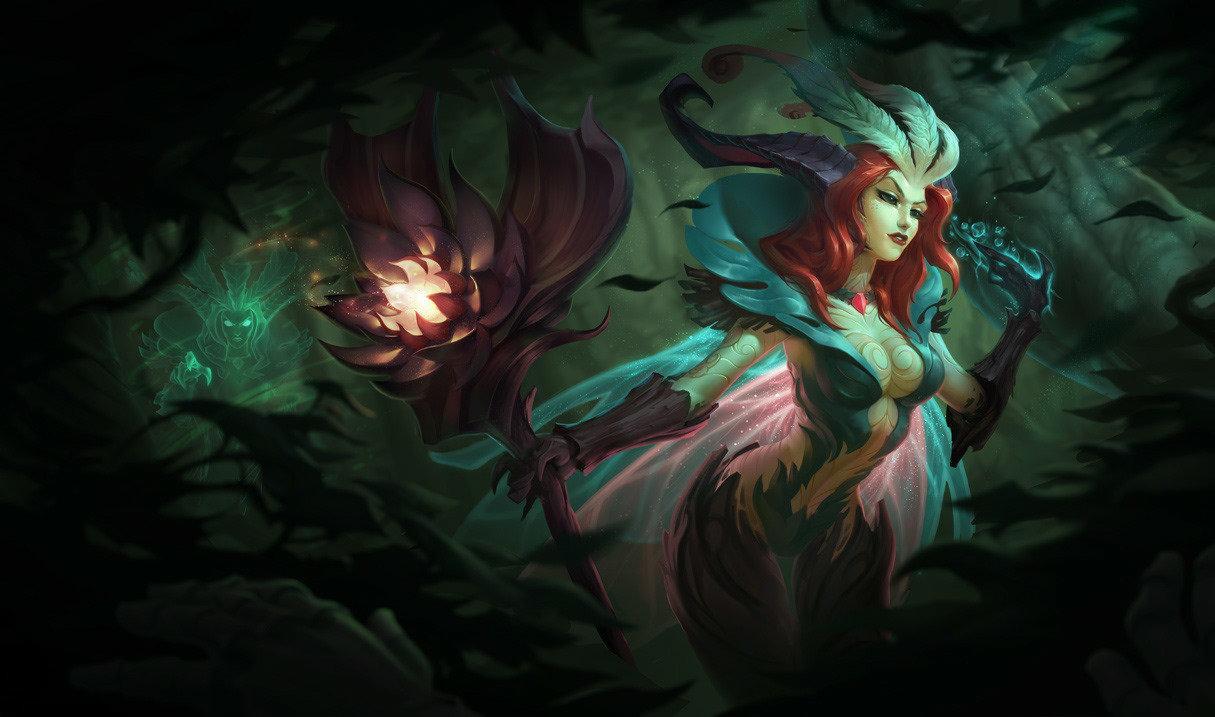 Tier 1 Ivern, LeBlanc and Maokai can get you to 3-1 with a good amount of health, gold and the flexibility to go into any comp.

If you’re rolling down early and not hitting the champions you need, pick up the Woodlands. They’ll stall for you while you try to figure out what to do with your items and what comp to aim for.

You Can’t Win in the Mid-Game, but You Can Lose

Our last bit of knowledge that we’ve absorbed from the never-ending Twitch Vods is this: Manage your expectations and your mid-game. What separates the best players in the world from those striving to become them is that the former rarely loses LP, and maximize their games at an elite level.

“I should never finish outside the top four.”

Kurumx, who we talked about earlier, said this on stream a few weeks ago during Set 1.

It remains true. He didn’t say it from a place of over-confidence. He said it because he knows that winning isn’t everything, and if you admit to yourself in the mid-game that you aren’t going to win — and maybe you shouldn’t hold your items for an exodia Zed — you can maximize your assets to get top four, collect your LP and re-queue.

Often, getting top one or top two can come down to late-game RNG. But top four is almost always in your hands. It’s hard to visualize this point, or show a clip to highlight the benefits of it. But to simplify it, try to keep these ideas in your head.

Remain flexible. Scout after first carousel. If three players are going Predators, maybe pivot and reap the rewards of uncontested units. Maximise the current strength of your build if you’re not win-streaking — synergies are crucial early. Build your items. Only force a build if the items fit the comp. Don’t hold much gold on your bench, you don’t need that Malphite. Stay alert of other builds. Stay scouting. And, if you need to all-in at level 6 or 7 to stay alive and squeak a top-four, do it.

As we all prepare to start a new ranked season back in Iron, LP is king. Getting it can seem easy, but not losing it is the hardest part — and that’s where we can learn from those who have more than we could ever dream of.

See you at the carousel.